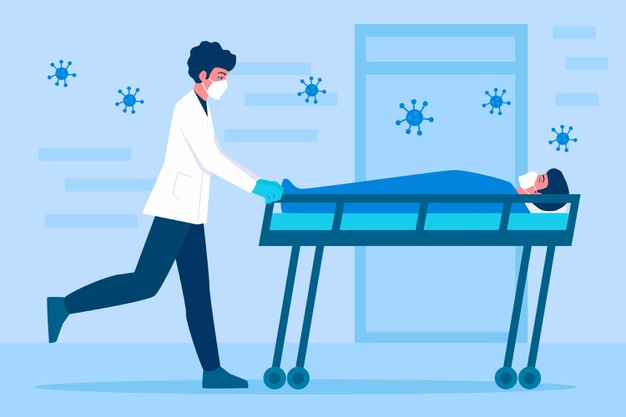 The lockdown caused by the spread of the novel coronavirus has caused the country to come to a standstill. Most people that held unskilled jobs have been laid off, others have suffered pay cuts, and most importantly, since most people have been confined to their homes, small scale commerce is at a standstill. This paper wants to look at the rights of consumers in light of this global economic crisis. More specifically, the measures that are taken by the Government.

In light of the fact that this medical crisis has just turned into an economic crisis, the governments have to take measures to protect not only the ordinary citizens but also major companies that provide employment to sizeable chunks of the population. The bottom line is that in light of the artificial shortages created by mass hoarding coupled with the disruption of global supply chains, Government needs to step in to protect the business sector from being choked to death in the time it takes to flatten the curve and reopen respective economies.

The most important point this paper wants to make is a statistical one: In March, Government in accordance with the Disaster Management Act, allowed both MSMEs and individual private companies to take abeyance on payment of their loan interest till May 31s. By the beginning of April, over 90% of MSMEs had already availed this relaxation, and in fact, it seemed like they were waiting for it, whereas only a measly 10% of private salaried households availed themselves of an equivalent benefit. This sets a roadmap for how businesses have been impacted due to the shutdown, not only in India but in most of the countries. Many businesses, small and large, have already requested aid packages from the respective governments in light of the loss of revenue and the unsustainable financial viability. The governments have respectively responded in kind, with the U.S. Federal reserve pumping about a trillion dollars into the banks. There was a proposed implemented bill in congress at the same time to bail out airlines that had lost nearly all of their revenue streams due to grounding to flights worldwide. Despite these measures taken by the U.S. government, the end result was that in the last few months the country had filed the highest number of unemployment claim in over a decade, since the great recession of the year 2008.

This shows a pattern that even during the global economic recession of 2008, companies had taken bailout packages from Government and used the money not to restore and retain employees and generate revenue, but rather to consolidate their shareholdings, even though there were specific prohibitions against how these companies were supposed to use the money they had been allocated. It has been criticized back then and even now, because of the nature of governmental reaction during economic meltdowns, even trust buster Roosevelt relaxed competition rules during the depression and even encouraged the overtaking of smaller steel businesses, so that jobs could be protected and consolidated. This concept of encouraging seemingly anti-competitive measures during times of economic downturn is based on the assumption that there are some firms that are too big to fail, and for that reason need governmental aid to keep themselves viable even if it means sacrificing smaller institutions to ensure that. This process has been criticized, and in more recent ventures by the U.S. government such approaches have been backpedalled, and in a recent statement, the U.S treasury [With some important caveats about implementation limits] reinstated that antitrust laws will not be ignored just because there is a pandemic and companies need to consolidate.

In India, the Competition Commission of India has halted all but the critical proceedings till March 20th, and in the meantime, all acts and rules are still in force. The Indian Government is well aware of the fact that the general economic downturn is when most economies make the mistake of either weakening their antitrust laws or fall prey to innocent measures that lead to the same consequence. It is for this reason that this paper is appreciative of India’s bailout packages, in the last month, where other countries have focussed on economic measures that follow the ‘too big to fail’ model, India has focussed on smaller businesses. This ensures that there is competition in the market despite the lack of supply and the tendency of the general public to hoard. Since no single business, or chain is able to fully capitalize on the opportunity presented, this is in stark contrast with what the U.K has done. When reports of hoarding and shortages became common, the U.K government’s response to the problem was to allow coordination and data sharing between supermarket chains which allowed them to meet the demand better, but at the same time, presented an opportunity for collusion, since all chains now share the generally confidential inventory and supply chain data.

Whereas, the Indian Government has used the Essential Commodities Act to immediately regulate the prices of medical supplies, food items, and such products as are considered essentials. Similar measures are not seen in other major economies, where the U.S has pledged 8.3 Billion for food safety programs for economically backward families, there is no word on essential product price control measures. The U.K government, on the other hand, has made an announcement urging businesses not to gouge prices, and that action will be taken against mala-fide actors that inflate prices. Still, officially no regulations have been put in place.

This shows us the difference in approaches that these countries have taken and the different options that are available to the Government during the economic depression. During the great depression, Australia was the only country that managed to survive without a major detrimental impact on people’s quality of life. This was because when the depression impacted the economy, Government instead of bailing out banks and big businesses, like in other countries, decided to provide direct financial aid to each individual, in the form of a one-time cheque of 900$ deposited directly to their accounts. This allowed greater economic security to the people and for uninterrupted circulation of money in the economy despite the depression. It allowed Australia to come out of the depression unscathed. This is an exciting model and one which has been rarely replicated. The U.S. government has recently tried something similar with a stimulus cheque during the shutdown, and salary protection schemes under the recently promulgated CARES Act. The U.S. has kept its primary focus on rejuvenating businesses and preventing corporate bankruptcy. This Is different from India’s approach to the problem, where the focus has been on price control and debt forgiveness for small businesses. On the other hand, where the U.S. and U.K have tolerated some anti-competitive measures, to combat the coronavirus, India has sternly declined to take a similar stance.

India has decided to take its own stand by formulating its own policies and by regulating its own framework. The policies are framed in such a way that it just not deals with the current scenario, but would also help in the long run to the small scale establishments. However, whether this decision proves to be the best or worst for the country, is a factor to be discussed later on in the future.

This article highlights the economic principle and ethics behind the business bailouts the new government economic package fathoms, and the idea that businesses should not be allowed to fail. Firstly, this retains employees and makes sure that mass bankruptcy claims don’t further disrupt the already failing economy. On the other hand, this sets an expectation in the minds of business fiscal planners, that such economic stimulus might become the standard response in future economic destabilizations which will begin a vicious cycle of bad planning and useless dependence that will only end up snowballing into what has been demonstrated as the ill-fated “Too big to fail” economic policies of the 2008 global economic recession.

In a developing country like India, where most of the business are small scale, the Government must take such steps which ensures credibility and advantages to the small scale industries in this pandemic. Right now, India’s primary concern is to protect the country from virus with taking measures which makes India’s economy the most independent and resourceful in the coming years. Recently, data revealed by the Centre for Monitoring Indian Economy, states that around 27 million Indians, between the ages of 20-30 years, had lost their jobs in the month of April due to the outbreak of the virus. This data shows that the economy of India might not maintain its stability if correct steps are not taken by the Government. Comparing India’s situation with other countries in this pandemic is vital as India compared to other countries is less developed, but is still reporting less positive cases every day as compared to other countries. The package of INR Twenty lakh crore announced by the finance minister of India will further help the country to stabilize and normalize its economy. 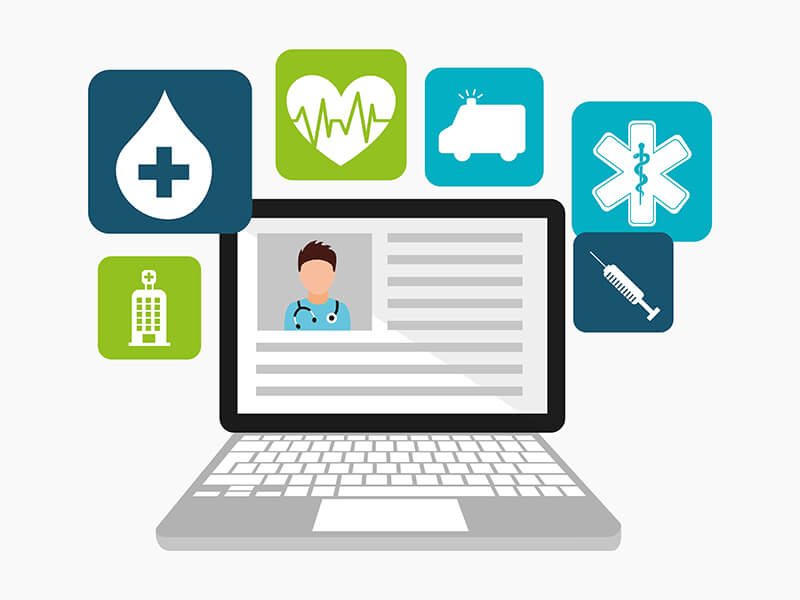 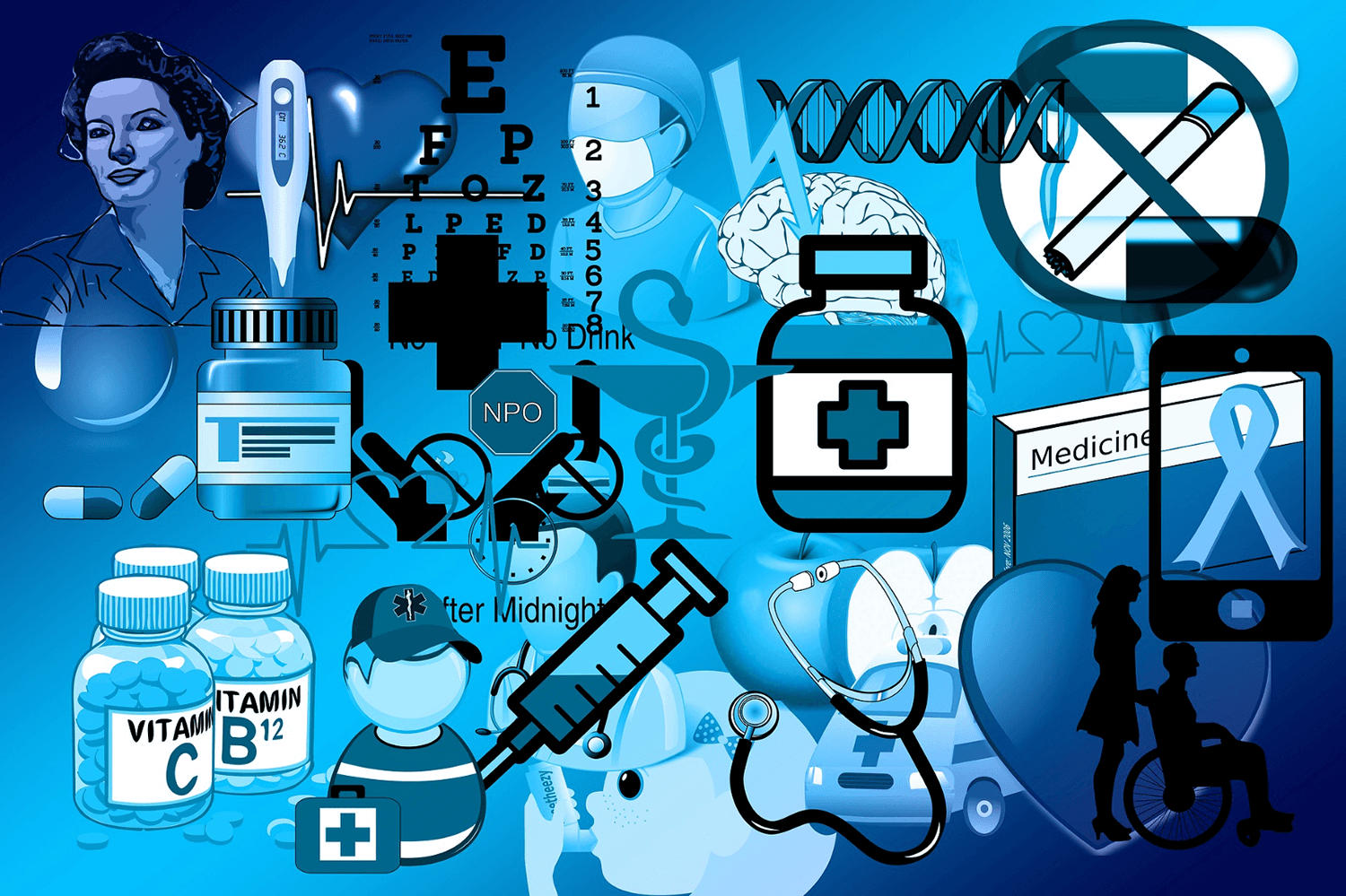 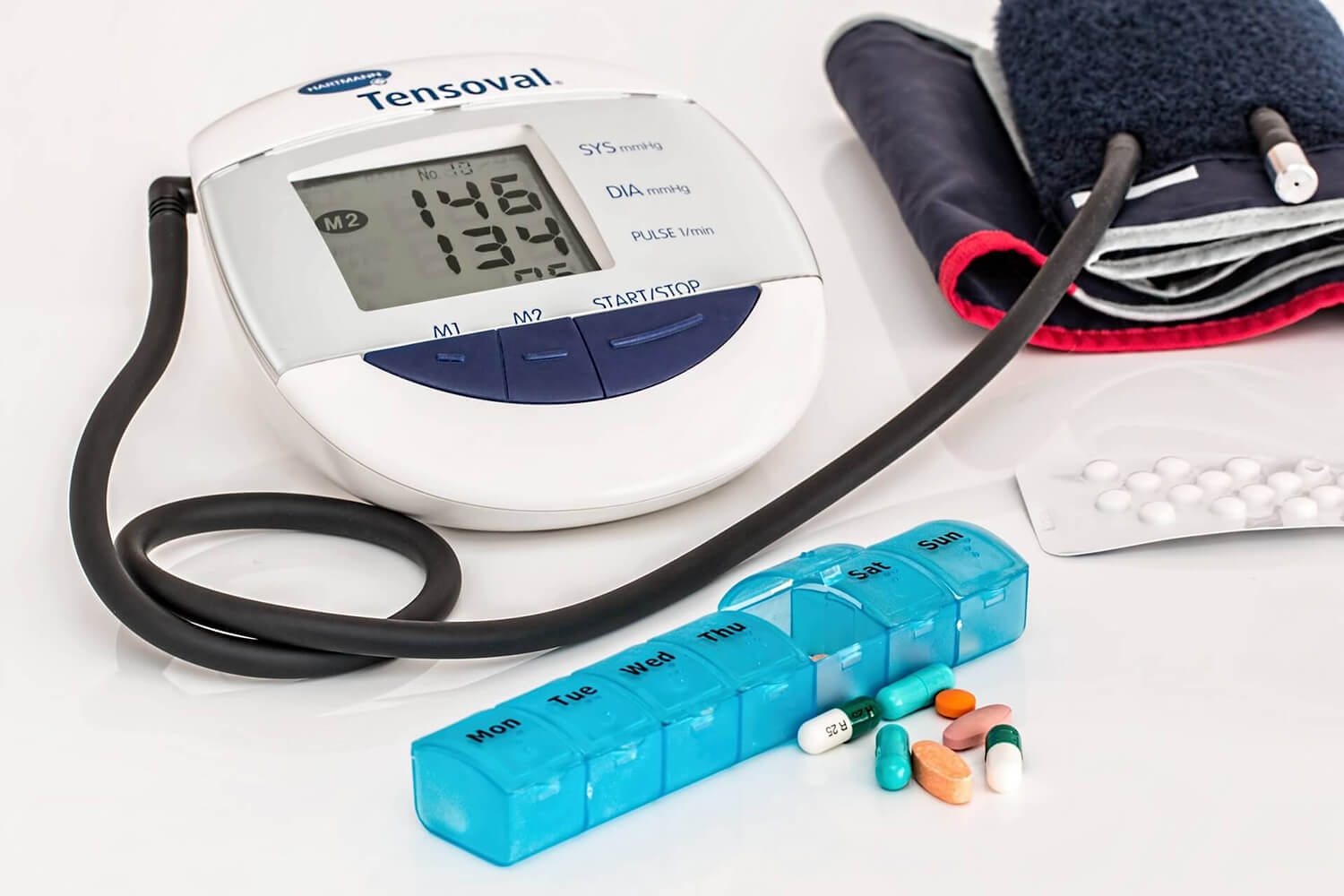 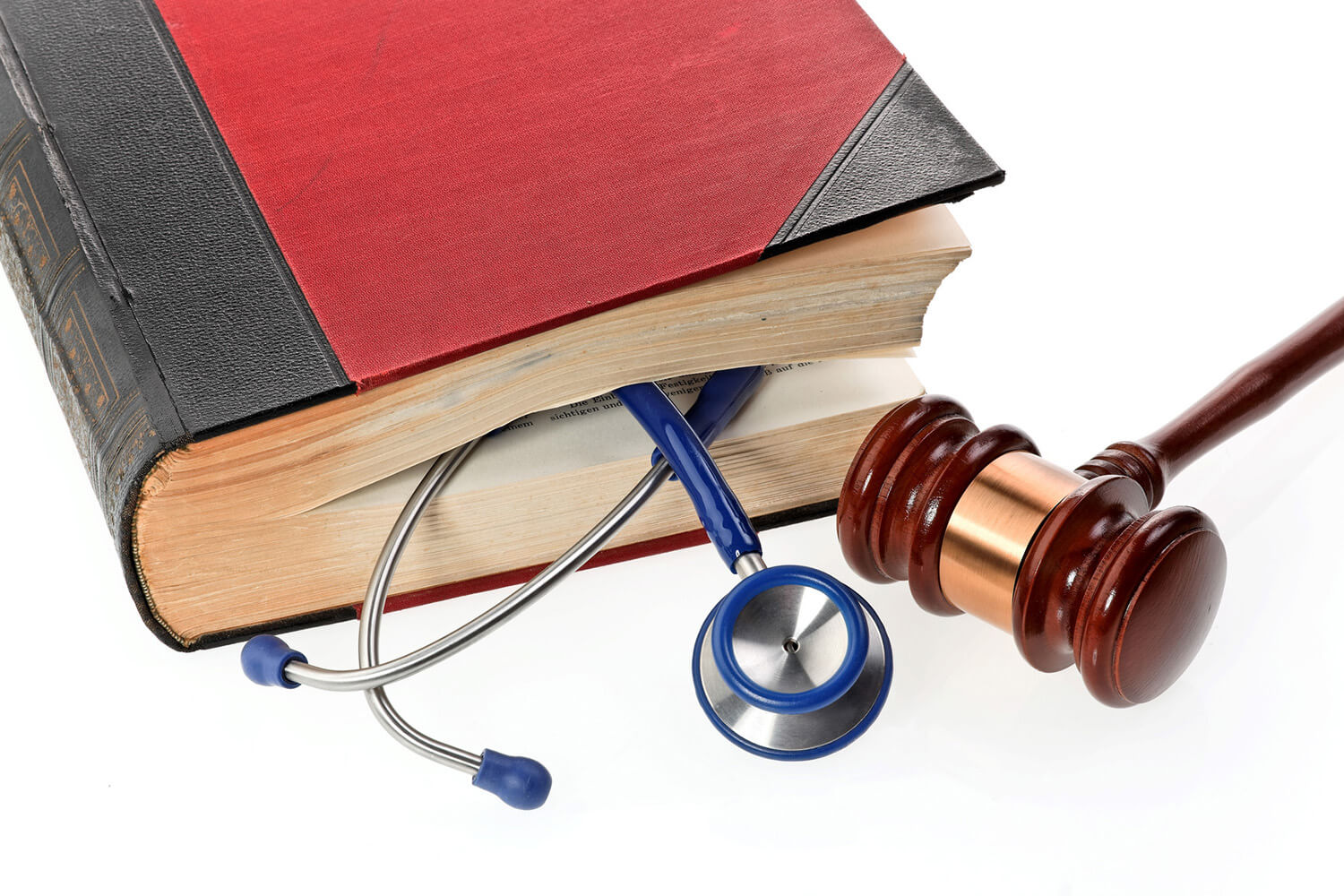 Rights of the Patient